Zouch's "Snooze" Is Quietly Captivating
Zouch is an alternative pop artist based in Bristol. After not releasing much music for 10 years Elliot Lord, the man behind Zouch, comes back with "Snooze", a quietly captivating song that feels almost like a lost demo from early R.E.M. sessions. It's warm, naive and charmingly loose-jointed. Read the story behind "Snooze" and listen to the song. 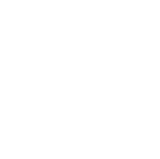 Elliot Lord
"Snooze" is one of the tracks from the album "Suddenly" which comes out on 15 Feb 2021. This was part of a project where, after not writing much music for a few years, I wanted to see if I could write and record an album in one week. This was influenced by bands like The Lemonheads, who often used simple structures, but still produced some great songs, so I thought I'd give it a go.

As the week went on, none of the songs were sounding like that band, but as I was very much into Belle & Sebastian at the time, their influence was more evident. Snooze became a song that I liked the sound of: quite twee and poppy with lyrics that were just about experiencing a nice time on the beach!

I didn't manage to get it done in a week; it took nine days, which still wasn't bad and it got me back into being a musician after beginning in the 90s with a couple of bands I was in that didn't make it, then not really doing much for about ten years. I re-recorded the songs over the last year or so in my home studio and felt it was time to get it out there.
Follow Zouch on Facebook and Twitter.